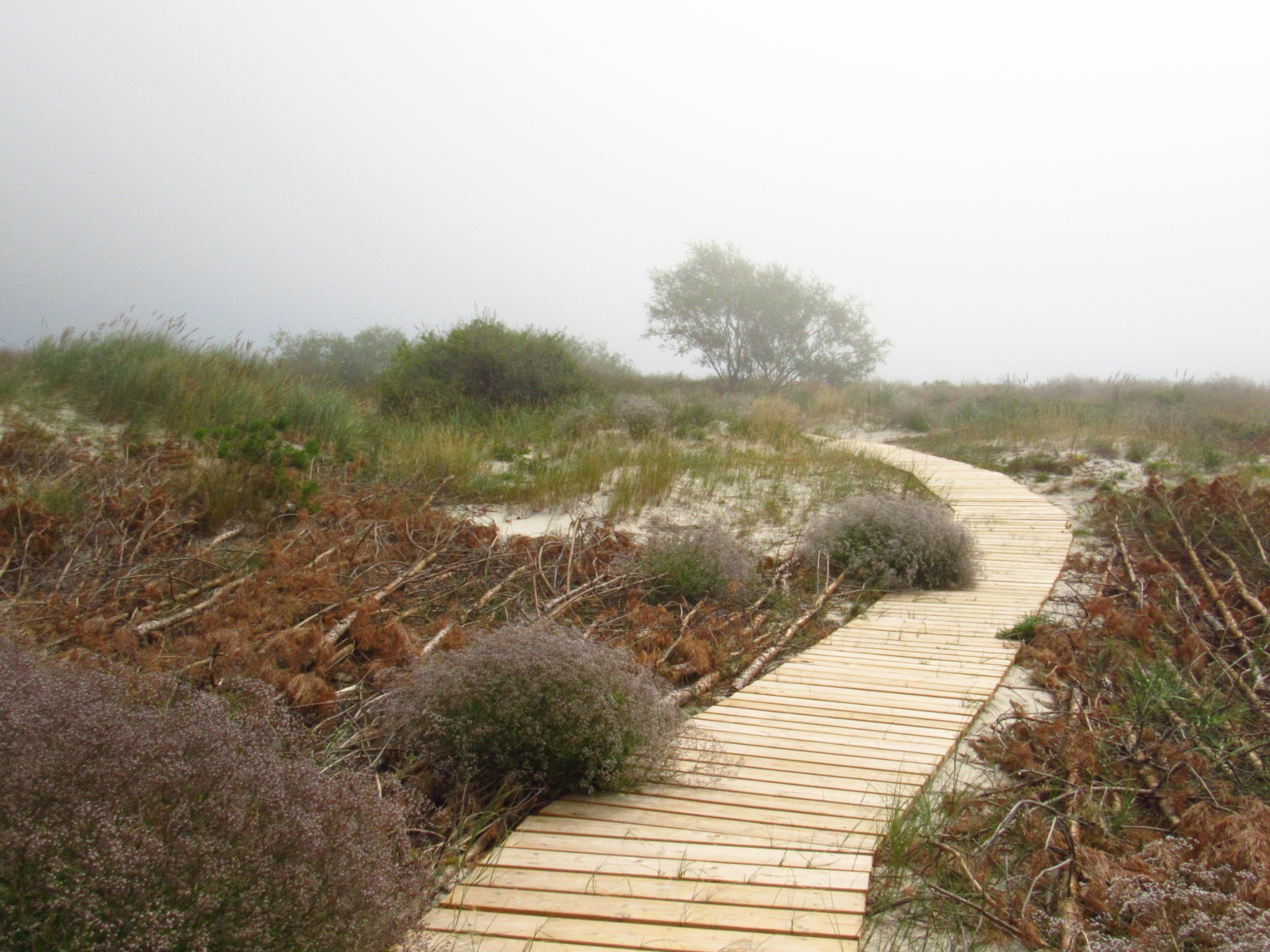 If you tell me you’ve always known that Lithuania was once the largest country in Europe, I would call you a dirty liar, or maybe I would feel extremely bitter because you might be smarter than me. Of course, back then in the 14th century, the Grand Duchy of Lithuania also included Ukraine, Belarus and parts of Russia and Poland. Today, the Republic of Lithuania is only the size of West Virginia.

From one coastal city to another, I took a bus from Liepaja, Latvia to Klaipeda, Lithuania. I prioritized Klaipeda over Vilnius because I absolutely wanted to see the Curonian Spit (more on that.) I found the city itself a little sleepy and more family-oriented. The two ports, one for passenger transportation, the other for vehicles were pretty crowded. Klaipeda is also slightly closer to the Hill of Crosses; another must-see site, than Vilnius, making it a good stop for a few day trips.

It was in Lithuania that I engaged more with local food due to the larger availability of non-tourist traps. It was also here that I learnt Baltic people love potatoes. Potato pancakes, pudding, dumplings etc. are served almost anywhere that sells food and they’re always among the cheapest main courses. Prices have gone up in the Baltic states since they adopted the Euro (Estonia in 2011, Latvia in 2014, Lithuania in 2015) as their national currencies. Much like how some Singaporeans like spending in Malaysia, some Lithuanians are heading down south to Poland (where they still use the Polish Zloty) to do their shopping. With my journalist math, I believe a cheap meal at a restaurant without a drink costs approximately €8.00, so it’s still hardly the most expensive region in Europe.

I found Lithuania to be a little more bohemic and free-spirited than its Baltic neighbors, not least due to the young artists living in Vilnius, the establishment of the Republic of Uzupis neighborhood and the fanaticism revolving around their national basketball team. Yes, they are crazy about basketball, some people call it a religion. This is particularly notable considering Lithuania is surrounded by footballing nations.

Of course, being part of Eastern Europe, the country had seen its fair share of tragedies. It was the first nation to declare independence from the USSR; fifty years after its annexation. Like its neighbors, Nazis temporarily drove the Soviets away during World War II to impose their own brand of cruelty, culminating in the Paneriai massacre, where 100,000 people were killed in the span of 3 years.

It is unavoidable that I would write about the Holocaust and WWII having visited this part of Europe. The Nazis left everlasting damage to these countries and the crimes they committed should never be forgotten, not only to prevent any future recurrences but also to remember how strong our powers of recovery can be. That being said, let’s end this post on a high note as I describe a couple of the better photos I took in Lithuania not already posted.