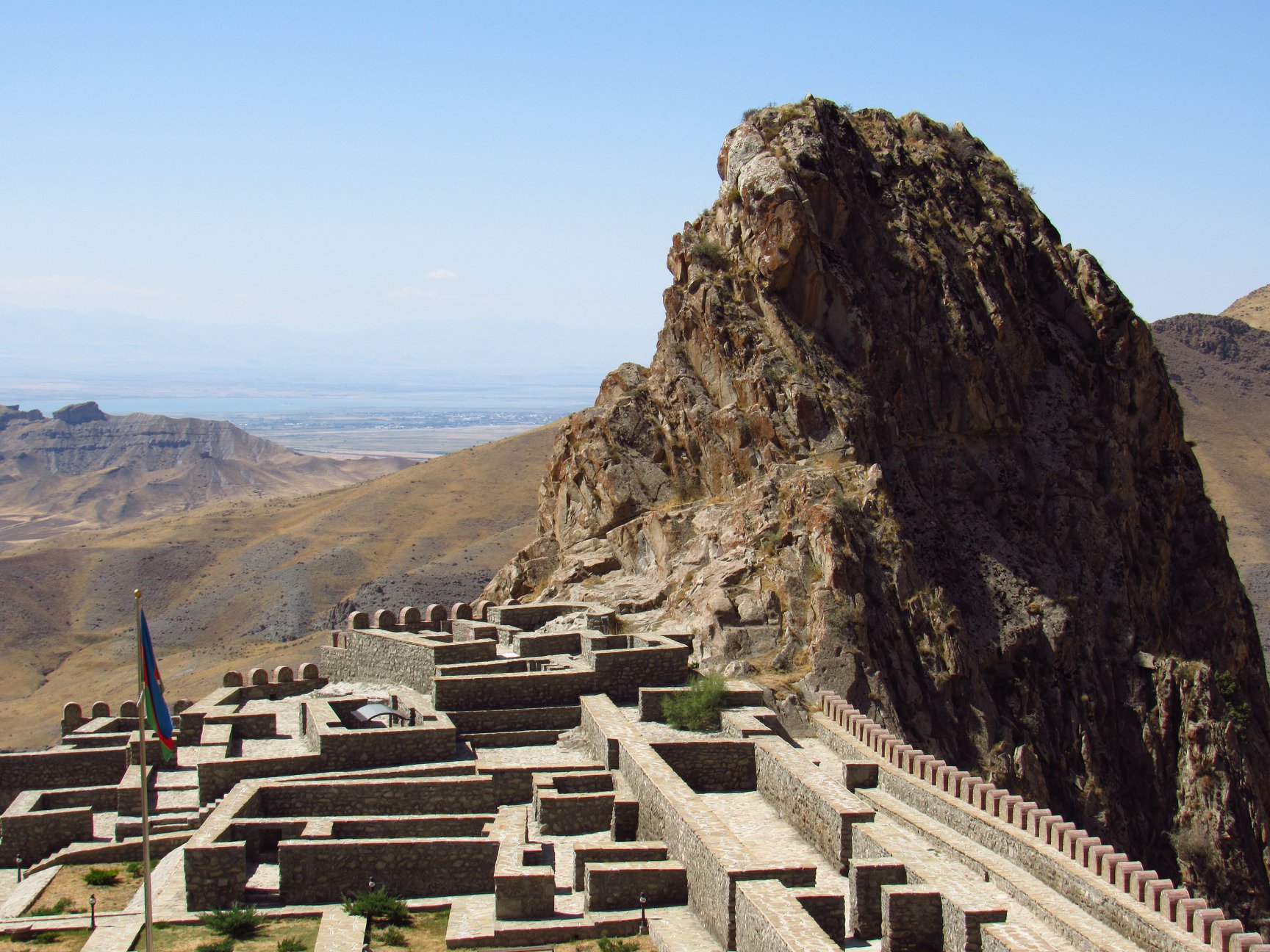 Ah yes, 2020. It’s been a year since I last updated anything here. It’s also been a while since I travelled anywhere, and it’s unlikely that’ll change soon. Not only have I not been able to leave home much, I haven’t been planning any future travels at all. For someone who has built approximately 80 percent of his persona around being privileged enough to travel around, this is hitting pretty hard.

Of course, it’s nothing compared to people who’ve lost their livelihood, friends, and family. Tis’ but a scratch compared to workers who have not had a single day’s rest since the beginning of the year. I offer my admiration for your strength, my condolences for your loss, and my gratitude for your service.

However, I figured acknowledging my feelings is healthier than pretending everything is okay because someone else has it worse than me. It is after all, an unprecedented time, as I’ve been told in many emails. Remember to give yourself a break too.

To squeeze out at least some joy I get from travelling, allow me to reminisce about my trip to Azerbaijan, also known as The Land of Fire (because of its oil and gas industry) last Autumn.

Azerbaijan is located in the Caucasus region in Eurasia. They make up one of three nations in the South Caucasus, the other two being Georgia (not the U.S state) and Armenia, whom they’ve been in conflict with for a long time. In fact, things between Armenia and Azerbaijan escalated recently. I won’t discuss that, but you might like to check that out if you’re interested in geopolitics (look up the Nagorno-Karabakh conflict.)

Geographically, the country shares a border with both its South Caucasus neighbours, as well as Southern Russia, Iran, and Turkey. Eastern Azerbaijan is bounded by the Caspian Sea. Reflecting its geographical position, Azeri culture is also positioned somewhere between East and West. For example, city aesthetics, especially the capital city of Baku, feature a lot of European influences such as Renaissance and Gothic architecture, as well as fountain squares.

Like other nations in and around Western Asia, Islam is the country’s biggest religion, but Azerbaijan is the least religious Islamic nation in the world. Among younger people in cities, Islam plays more of a cultural role in life than a religious one. This is understandable considering Azerbaijan was a part of the Soviet Union, which pursued state atheism, from 1920 right until its dissolution in 1991.

Capital city of Azerbaijan and home to around a quarter of the nation’s population. Baku is a very happening city, with many venues for drinks and late night debauchery (I kid.)

The old city, which was the first Azeri site to be listed in the UNESCO World Heritage Site, features majestic ancient monuments and architecture from powerful Persian empires.


What fascinated me most was how the outer city, meaning the part of Baku outside the ancient walls, contrasted so heavily with the inner city. Modern Baku is symbolised very well by the Flame Towers- a trio of unmissable skyscrapers shaped to resemble fire. The building facades even has LED displays of flames transitioning to the Azerbaijani flag at night. One of the towers serve as the luxurious Fairmont Baku Hotel. The other two serve as high-end office and residential lots respectively.

The buildings themselves looked pretty cool, but from the Old City, they’re completely out of place. From what I know, the Flame Towers are largely unoccupied, so what exactly were they built for?

What’s the Deal with the Alien Buildings?

One trait that most major cities of the former Soviet Union share, especially in Central Asia, is the emergence of futuristic-looking buildings post independence. The Flame Towers were not the only major development in Baku in the last two decades. The Heydar Aliyev Centre and Caspian Waterfront Mall are two other recent projects that look outlandish.

On the subject of futuristic architecture and former Soviet cities. After the USSR collapsed, the Central Asian contingent of newly independent nations sought to build new national identities. Many of them did so by building giant odd-looking monuments, buildings and golden statues of strongman dictators. (Check out this story of Turkmenistan’s President unveiling the statue of a giant golden dog.)

These projects can be seen as distractions from widespread corruption and human rights abuse. Hey, multi-billion Dollar projects to build pointless towers surely generate good PR, no? Of course, there is also the small matter of paying your friend’s construction company to take up these projects. Everybody wins!

Of course, I am only speaking generally about Central Asia, not accusing Azerbaijan of anything. There is a pattern that emerges in former USSR nations- political instability followed by the emergence of a strongman leader who rules for years to come.

For Azerbaijan, this person’s name was Heydar Aliyev, whom the Heydar Aliyev Centre and Baku International Airport are named after. He was only President of Azerbaijan for 10 years, but that’s only because of his deteriorating health. Guess who succeeded him though? His son of course! Ilham Aliyev is the current President of the nation.

Why am I bringing Aliyev’s name up? It’s because even after passing away in 2003, his name and image lived on. You can easily find portraits of Aliyev Sr. in official spaces, billboards, and even small corner stores. Hardly surprising for someone known as “Father of the Azeri Nation.”

It wasn’t my place to bring up his name in any conversations, but from what I can gather, he is a divisive figure. Whatever opinions we hold about him, to understand modern day Azerbaijan is to know the name Heydar Aliyev.

Before visiting Baku, I visited Nakhchivan Autonomous Republic, which is an exclave of Azerbaijan that receives few visitors. To be honest with you, I did not know of this place prior to planning my trip. I only visited because I was entering Azerbaijan from Tabriz in Iran, and Nakhchivan represented the closest land border. Officers at the border were a little bewildered by my presence.

The border crossing felt like a fever dream. I exited the Iranian cab and paid the driver before walking a stretch of road in a cold autumn night to the crossing. It was a little scary, because I was the only non-Azeri trying to enter Nakhchivan. The two border officers were a little puzzled upon seeing me, and even more confused when they checked my passport. I was sure I had all the require documents, including my e-visa with me, the last thing I wanted was to be detained at the border.

Behind me was an old man and his babushka wife, I felt embarrassed for holding up the line. I tried to tell the officers with my extremely limited and basic Russian that I have the correct visa, but they still had to make a few calls. Eventually, they let me through after a pretty anxious 40 minutes. I had no idea what the hold up was about, but with a polite “спасибо,” I went towards the exit. Fortunately, an officer who spoke English was stationed there, and he helped me contact my host Rauf, not before curiously asking me what the hell was I doing there.

Then, the next adventure revealed itself. I had officially entered Azerbaijan. After another dark stretch of road with limited visibility, I reached the transportation hub. A dozen or so cab drivers were there waiting to pick up locals returning from Iran. Unfortunately, they were reluctant to take me to Nakhchivan City because I couldn’t speak a word of Azeri and my Russian was shit. This was when a local offered to drive me there for 3 manat (6 ringgit,) so it became sort of my first hitchhiking experience. It was successful because the driver wasn’t a murderer and I wasn’t murdered. He also dropped me off safely at Rauf’s place after a 30-minute journey.

Nakhchivan is separated from the rest of Azerbaijan by the South East of Armenia, but due the the conflict, borders between the two nations are closed. There are also more portraits and statues of Aliyev here since the man himself was born here.

I stayed at the family home of my host Rauf, an awesome local filmmaker who is learning English. It was awesome that they lived in a mini farm/ranch. They had a chicken coop and a constant supply of fresh eggs, as well as colourful grapevines and pomegranate trees. Rauf’s mom also made some bomb Pilaf and Dolma. No exaggeration, they were some of the best dishes I’ve ever had during my travels. FYI, Pilaf is long grain rice cooked with meat, butter and dried fruits and nuts, and dolma is rice and meat stuffed in usually cabbage or grape leaves.

Nakhchivan City itself was a quiet town, with wide roads and clean streets. A number of ancient mausoleums (at least seven) were built here for notable Azeris across history. Unfortunately, I knew none of them. However, one of the mausoleums was actually dedicated to the Prophet Noah (yes, from the Bible,) who was not Azeri, but the story goes that Nakhchivan was actually founded by Noah after the Genesis Flood and the building of Noah’s Ark. It is also believed that Nakhchivan was his final resting place. To be clear, there are at least five locations across the world that claims to be the Tomb of Noah, so Noah’s Mausoleum here may or may not be the real thing.


The legend of Noah in Nakhchivan does not end there. Rauf and some of his friends drove me out to see the iconic mountain of Nakhchivan- Ilandagh. It is believed that Noah’s Ark actually crashed through the Ilandagh during the flood and changed its shape! True or not, the mountain does stand out quite well and had strange energy that drew me to it. I was staring at it for quite a while.

This was the highlight of my entire trip to Azerbaijan, and the best thing is that I didn’t even know this place existed when I crossed into Nakhchivan. Rauf and his friends drove me here and hiked up 2,000 steps with me to the to the ruins of Alinja Castle, also known as “the Invincible Castle.” Legend has it that it once managed to withstand 14 years of enemy siege!

I exclaimed to myself “holy shit, this is one of the most beautiful places I’ve ever laid my eyes on.” There were various layers near the top where I got to see different panoramic views of the stretches of mountains around, including Ilandagh; each unique and dramatic in their own way. Climbing slightly further up, I looked down towards the castle ruins and realised this looks like the Machu Picchu I’ve seen on TV! We had the whole place to ourselves, there wasn’t even a single visitor there besides us. It was a very emotional moment, I just stared at the mountains for over an hour, they were majestic.

An Air of Mystery

Azerbaijan is a mysterious land, from its transcontinental identity, to sites of potential biblical significance, and towers of unknown origins. Perhaps it was the pull of the unknown that attracted me to this land, it tingled a sense of fascination and wonder. What happened in Azerbaijan over the course of history is an academic question with very important answers, more important than we think.

So many areas of fascination remains, I wish I had more time to explore them all, especially the history of the Zoroastrian faith in the country.  Zoroastrianism is one of the oldest religions in the world, one that involves a lot of fire, how cool is that? One day, I’ll find myself back here, and I’ll see more of the mountains, the temples, and the rest of the Caucasus.